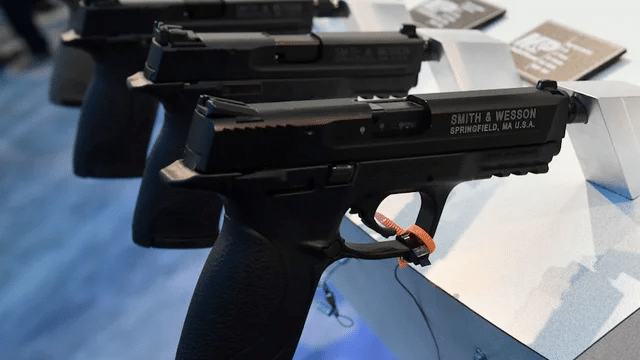 (TheRedAlertNews.com) – The quest to defend American gun rights has scored a new victory after the state of Texas gave up on its attempts to prohibit individuals aged 18-20 from carrying handguns in public.

Texas has a law banning the practice, but U.S. District Court Judge Mark Pittman ruled in favor of a lawsuit disputing it.

Pittman’s decision that the law was unconstitutional was expected to be appealed, with the state filing a note vowing to take the case to the 5th U.S. Circuit Court of Appeals.

Earlier this week, however, Steven McCraw, the head of the Texas Department of Public Safety, decided to withdraw the appeal, The Texas Tribune reported, as cited by Newsmax.

“Once again, government officials in the state of Texas are proven to be anti-gun stooges,” stated Dudley Brown, head of the National Association for Gun Rights.

Texas’s DPS notice of appeal and the subsequent withdrawal does not include any legal arguments that could explain the state’s stance.

The lawsuit against the Texas law banning 18-20-year-olds from carrying guns was filed by two teenagers and the Firearms Policy Coalition (FPC).

The Coalition lauded the Texas government’s decision to backtrack on its intention to appeal.

“Young adults have the same constitutionally protected right to bear arms as all other adults,” he added.

Earlier this year, Wisniewski made a strong case in favor of 18-20-year-olds carrying guns, as cited by CNN.

“Texas cannot point to a single founding era law that prohibited 18- to 20-year-olds from carrying a functional firearm for self-defense, because not only did no such law exist, but those individuals are an important reason why we have a Bill of Rights in the first place,” he said.

The decision the U.S. Supreme Court issued in June in New York State Rifle & Pistol Association v. Bruen has led to the challenging or repeal of numerous gun laws in various states.

The law in Texas had not allowed most 18- to 20-year-olds to get a license to carry a handgun or carrying a handgun for self-defense outside their home, according to the news outlet. https://t.co/8luAdn4Mg8